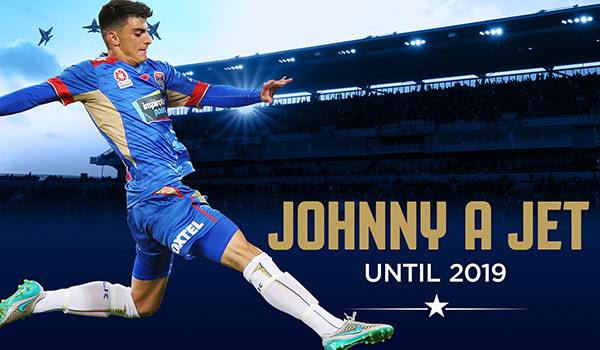 The versatile Johnny Koutroumbis will remain with Newcastle Jets until the completion of the Hyundai A-League 2018/19 Season after he penned a two-season contract extension with the Club this week. A product of the West Adelaide Soccer Club, Koutroumbis linked with the Jets from Adelaide United’s Youth Team in October 2016 on an initial one-season injury replacement contract for Daniel Alessi.Over the past four months Koutroumbis has made a positive impact for the Jets in the Hyundai A-League. Indeed, the former Red has made 14 appearances for Mark Jones’ men since his arrival in the Hunter.Koutroumbis worked with Jones in the city of churches throughout 2016 while he was playing in the PS4 National Premier Leagues (South Australia) with Adelaide United. The 18-year-old said that he is pleased that he has been able to impress the Jets boss enough to be rewarded with an extended stay at McDonald Jones Stadium, and spoke of his parents’ pride in his development.“He (Jones) has given me the opportunity of a lifetime and I really thank him for it,” Koutroumbis said. “It is all about the Coach giving me a shot, and I had to try and take it wisely.”“My parents and family are over the moon. They are proud of me and have stuck by me for a long time, taking me to training and now it feels that it has all been worth it.” “Newcastle is a lovely place, it reminds me of home (Adelaide). The Jets provide a good environment for me to be in because there are a lot of young boys in the team, plus older boys who are good mentors and a good coaching staff.” Newcastle Jets Head Coach Jones said Koutroumbis deserves his extended deal at the Club. “Johnny deserves this opportunity,” Jones said. “He is an excellent athlete, is very quick, and has great endurance.”“He (Koutroumbis) is also a leader and winner, with an excellent attitude and approach to the game.” “Johnny gives 100 per cent every match and there’s nothing more that I can ask than that.”“He is they type of young player that we want involved with the Club,” Jones concluded. 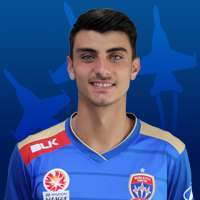