For any missing or incorrect results, please contact the Competition Organiser. 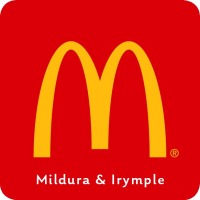 The Annual General Meeting of the

AT THE MILDURA WORKING MAN'S CLUB

•  To receive the minutes of the 2020 Annual General Meeting

• To receive from the Board, reports upon the transactions of the League during the preceding financial year, concluded Octo­ber 31st, 2021.

Under the current SFNL Constitution, there can be a up to 10 directors on the Board.

There are currently nine directors on the Board. Four of those have one year of their tenure to serve; while five retire by effluxion of tenure. Of those, three are eligible and are standing for re-election, while two board members will not seek re-election.

Nomination forms are available from; and must be lodged with the undersigned to PO Box 121, Mildura, Vic. 3502 or email to football@sfnl.org.au at least 7 days prior to the AGM.

•  To appoint an auditor.

•  General business of which due notice has been given in writ­ing to the Executive Officer, 7 days prior to the AGM.

By Order of the SFNL Board of Directors.