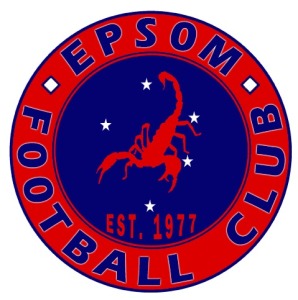 This week's Round 2 clash between Spring Gully and the YourLand Epsom Div 1 team took place with both teams wanting to open their accounts for the season. Last week, in round 1 of the Championship, Epsom had a bye whereas Spring Gully had a home loss to last season's champions, Strathdale.

With both teams fit and prepared for a fast and physical match, the action started right from the referee's first whistle.  Epsom star, James Crawley, unfortunately picked up a knock and had to be substituted early after injuring his ankle. And shortly after this, Hamish Gladstone was also injured after a robust challenge.

This set the tone for the match, with the Scorpions having already used two of their substitutions early in the first half. Despite a forced change in tactics by coach Chris Eaton, the Scorpions continued to press in the first half and were rewarded for their efforts. Trent Gladstone scored two inspiring goals and although Spring Gully clawed one back, Epsom went into the break one goal up but two substitutions down.

With Spring Gully pushing yet again, the final whistle went with the match deadlocked 2-2 with a the draw a fitting result for both teams' effort across the 90 minutes.

Next week, Epsom take on Colts at home in a match that will enable both teams to springboard up the early season ladder.