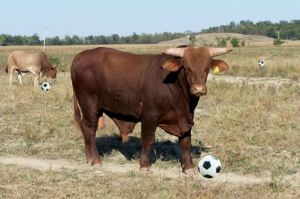 For photos of this weeks action from the Youth & U16B's, please see the photo album here.

This week, both our senior men and senior women teams had byes. This gave our squads a chance to rest and recuperate, and no doubt have a quiet weekend in preparation for the long season ahead.

However, we still had nine of our competitive teams in action, and after the dust (and mud) settled, 69 goals had been scored and we were the winners of four of the nine games.

Our Sunday action started at 11am when our Youth team played host to Swan Hill. Form meant the result was always going to be competitive on paper. While our visitors were winless in the League Cup, our Youth team had nabbed one win against Eaglehawk last week. But, with the Championship season kicking off, both teams were even stevens and looking for a great start to the regular season.

Both matches today were shifted from #4 to the Synthetic pitch at Epsom owing to the poor condition of the main ground. The match then started in light drizzle, as both players acclimatised to the wet conditions on the synthetic. No puddles and mud, but definitely a different set of ball dynamics to consider. As teams went to the break, Epsom was up a solid but not-yet-match-winning 2-0.

After half time, the conditions worsened. While it was teeming rain, the team was raining goals! Lachlan Mayman, Jake Alcock and Matthew Green had all scored two goals with Barry Martin also scoring, but just before full time Mayman was much to the delight of his teammates able to complete his hat trick, although an umbrella trick would have been far more appropriate.

At the end of injury time, 8-0 was the final score and all players, supporters and officials were delighted to hear the referee's final whistle so they could get out of the rain!

The second matchup on the card was the Div 2 men's team contest, also Epsom vs Swan Hill. Not afforded the luxury of a week's break, the Div 2 men were backing up after last week's stunning 3-1 home win vs Eaglehawk. While both Swan Hill and Epsom had scored just the 5 goals in their three league cup matches, Epsom's defence, led by club life member Deon Pearce had been far tighter with six goals conceded compared to the thirteen conceded by Swan Hill.

As if by omen, the rain stopped and the skies cleared just as the match was starting. Just as the rain ceased, so did the goals, and a dour energy sapping match progressed slowly. It was, unfortunately, a tetchy affair, with niggles, bumps and free kicks preventing a free flowing game. While both defences were ultimately solid, Epsom went into half time with the narrowest of leads, Lachlan Wight being the sole goalscorer, and a narrowly missed header from Hamish Gladstone that went just over the crossbar.

The second half started just like the first half finished - stop-start, damp and edgy. Part of the stop start nature was due to the rural setting of our very own Epsom Huntly Reserve - the ball disappeared into a nearby field with a very angry looking bull - THREE TIMES! Our own senior coordinator, while medically skilled, is no Dr Doolittle and thought better of retrieving the ball from Toro by jumping over the electric fence. (See photo) After 90 minutes, the final score was 1-0, with Epsom FC deserving winners in a hard match.

U16 B: lost vs Castlemaine. Goal scorer: Ben Young