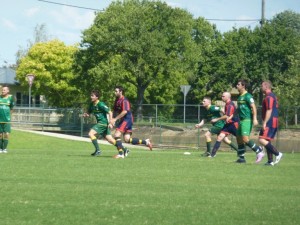 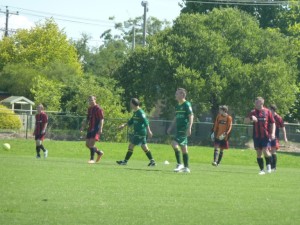 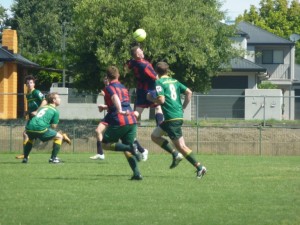 On Saturday, our Senior Men's team headed interstate up the Hume Freeway to Albury for its first practice match of 2015. The match was played against St Pat's FC in Albury on a lush green pitch with the temperature nudging a sweltering 35 degrees.

Owing to some unavoidable player unavailability, the Epsom squad was somewhat developmental, and this gave Coach Chris Eaton a great opportunity to see enthusiastic players in action from both the Senior and Youth squads. In the second half, Eaton mixed it up and shifted players around while searching for dynamic combinations that will serve the club well as the season progresses.

Due to the sweltering conditions on the pitch, the match was a test of fitness for the squad. Despite a few cramps and blisters, there were no major injuries.

Given the informal nature of the match, scores were not kept and the club can be proud of the spirit that the game was played in and the collaboration and teamwork shown by the players both on and off the field. The club is looking forwards to the return match at Epsom Huntly Reserve on 8 March.

To check out pictures from the encounter, go to the match media gallery.