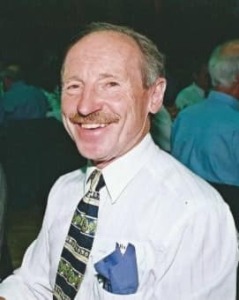 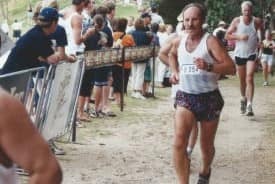 It is with much sadness the Mitcham Football Club and its Past Players & Officials Association conveys the passing of Barry Dobyn last Sunday the 13th October.

Barry’s funeral will be held next Wednesday 23th October, full details below.

Barry suffered a massive heart attack at home, whilst watching the Kenyan runner breaking the 2 hour barrier for the marathon on TV. This was some what ironic as he was watching one of his sporting loves. Barry himself was an avid runner for most of his life, participating in marathons around Australia and overseas including his bucket list event - The Honolulu Marathon

Our hearts and deepest sympathy go out to Barry`s wife Jan, his children Janine & Nick, along with his extended family and friends.

Barry became involved with the MItcham Football Ckub in 1971, as a supporter and Club Sponsor. For some 34 consecutive years Barry remains one of the clubs longest servicing sponsors by supplying all the club’s medical supplies. Barry was a Pharmacist, who owned and ran his chemist store in North Mitcham. He easily endeared himself to all at Mitcham. As a warm, calm and very likable man, who was non judgemental of others, preferring to seek and speak about the upside of people and situations.

Whilst not his intention, he regularly amused his friends as he walked into the footy at Walker Park over the last 48 years. Barry would turn up in only a polo or T shirt much like the great Tommy Hafey as everyone else shivered in their big coats, as the cold winter winds blew in. His friends will forever cherish the many good times, his advice and the countless humorous conversations right through the Tigers ups and downs.