WIN SOME LOOSE SOME 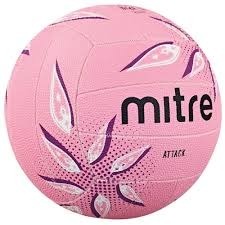 After a few weeks of tough losses, Mitcham YELLOW were back to their winning ways and confirmed their spot in this week’s semi-finals it was a mix up of players as the girls went in with none of their normal defenders. There was no panic as Kasey and Anna stepped up and absolutely dominated in defence, reading the ball like it was a cheap novel.

Up the other end of the court, Cara showed why she could be our go to shooter for season 2020, running rings around the Croydon South defenders. Best and fairest favourite Georgia kept the engine going with 30 goals to her name out of the 37 total.

All over the court, the girls were sharp, quick and back to their best. This wins cements their spot in the finals and a big game next week against Coldstream White.

The girls would love to see some support this week. It's at 7pm at HE Parker, court 2 7.00pm ti [p off on Friday night.

Unfortunately after a strong season our BLACK team bowed out of the season missing the top 4 by percentage only, going down to the top team Nunawading by 4 goals last Friday night. WELL done girls on a terrific season and we look forward to seeing you at presentation night .