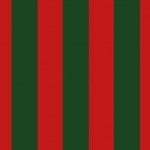 One of the hardest road trips of the Season is to play the Basin at the Basin where the Bears enjoy great support from a very boisterous crowd, so where pleased to report ALL Three teams grabbed the four points on offer this week. All three games were spirited affairs and only a couple of goals was the margin across all 3 Games. Seniors had to work the hardest trailing at ¾ time and at one stage slipped 14 points down in the last before finishing over the top to win by 2 points DON’T FORGET to check out the website @www.mitchamfc.com early NEXT WEEK for the coaches reports. NEXT week we return home to take on Boronia in another BIG Game, so we look forward to a strong Mitcham Crowd out supporting the boys across all 3 grades #strongandbold

Again faced with multiple changes, we started very well against a very determined opposition, and where made to work very hard as the boys were reminded regularly during the first half to continue focussing on winning the ball and moving it forward. Apart from some poor converting in front of goal, our plan to hit up and isolate our key forwards was working very well and this pattern continued into the second quarter with us taking a 16 point lead into the half time break. Pleasing was our use of the football at times and the effort by many of our boys to go about executing the 1% things we focus on each week at training.The second half was quite an arm wrestle with The Basin boys fighting very hard around the stoppages and looking to make the most of the home ground advantage that obviously comes from playing on such a small deck very second week. Our boys were very happy to secure our 9th win and continue practicing what we think is a game plan that can assist us against the other top teams the longer the season goes on. Cam Pirzas kicked 4 and clearly could have kicked many more other than some inaccurate attempts, whilst also pleasing was the form of Max Hammond in numerous roles throughout the day. Lochie Richardson playing only his second game after a serious ankle injury had the misfortune of rolling his good ankle in our warm up, this fortunately did not stop him playing and finding plenty of footy throughout the day.

Travelling to The Basin is a tough ask as they are always very hard to beat on their small deck and hostile crowd, a win would see the boys get to 9 wins and remain 1 game clear on top however it was going to take plenty of effort and to the lads credit they did to come away with a points. We started by booting 4 goals in the 1st qtr as our intensity around the contest was evident, our skills and composure were challenged in the 2nd as they had the better qtr however their kicking let them down in front of goal. The 2nd half was pretty even as both sides were hard at it, we had to lift our composure and voice primarily with taking our chances and we did to get the win by 13 pts. Wexy was a real difference for us booting 5 his movement and execution in front of goals just outstanding, our on ballers fought hard with Doof desperate at every contest setting the tone, the back 6 led by Marty were super and DJ in the ruck for the last qtr was too smart for them. Extremely proud of the Team as nothing shuts the crowd up like a win! Next week see us in a top of the ladder battle against Boronia who we managed to beat earlier in the year so we all can’t wait, thanks to our supporters for being there we all enjoyed the day.

This week we travelled out to The Basin which is always a tough road trip. The Basin started well kicking the first 2 goals but we were able to work our way back into the game and held a 3 point lead at the 1/4 time break. In the 2nd quarter we started to play some better footy and skipped out to a 16 point lead but unfortunately conceded the last 2 goals to take a 4 lead into half time. In the 3rd quarter The Basin lifted their intensity and started to get on top around the ground and when they kicked a goal after the 3/4 time siren they held a 7 point lead at the last change. The challenge was there for us to come from behind with The Basin having their tail up, when they kicked the first 2 goals of the last quarter we really had our work cut out for us. To the boys credit they gritted their teeth and refused to give in kicking the next 4 goals of the game to hold an 8 point lead. The Basin responded quickly and we held a 2 point for the last few minutes as both sides threw their body at the footy in an effort to get the ball going their way. We were able to do enough to keep the ball in our forward line as the siren sounded and we held on by 2 points. Anthony Willenberg was super all day in a variety of roles and Jesse Uren gave us some good drive off half back.
Thanks to everyone for coming out and supporting us, we look forward to seeing you at home this week against Boronia.