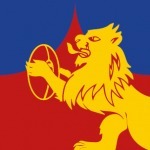 After a fine week weather wise it all turned for the worst on Saturday afternoon as the Tigers grabbed all 12 points on offer across all 3 grades. Unders started in fine weather and cruised to a 5 goal win. As the weather turned nasty reserves defended like never before keeping Mulgrave goalless for the game to record a big win with some under 19s stepping up to help out. The senior game was a hard slog in tough conditions with a late Will Gordon Goal sealing the deal for the Tigers who ran out 5 point winners in a game that could have gone either way. BIG THANK to Domino's Pizza Mitcham for the feed after the game and to Debbie Stingell for the great photos in trying conditions . in further Good news if the Mitcham Marquee can stand what the weather threw up Saturday, Its sure going to be able to see out this winter. DON’T FORGET to check out the website @www.mitchamfc.com early NEXT WEEK for the coaches and netball reports. NEXT week we are off to The Basin and look forward to a strong Mitcham Crowd out supporting the boys across all 3 grades #strongandbold

The Under 19's were fortunate to have the best of the conditions on Saturday, and were able to come away with a solid 5 and a half goal victory before the weather turned sour.

After a decent 4 quarter effort the previous week we challenged the boys to continue that form, so the focus was on a solid 1st quarter against Mulgrave. Kicking into a very strong wind we made a fantastic start kicking 4 goals to Mulgrave's 2. Quarter 2 was among the best quarters of football the boys have played all season kicking 8 goals and holding Mulgrave scoreless.

One of the most pleasing aspects was the fact that one of our problem areas (straight kicking) did not hamper us at all during the first half, having kicked 12 goals 4 behinds. We made a very quick start to the 3rd Quarter kicking 2 goals into the wind, and then we STOPPED. Mulgrave were able to find the football consistently and with the aid of the wind and some good team work kicked 6 unanswered goals going into the 3/4 time break. The last quarter was somewhat of a slog with the Tigers kicking 1 goal 3 to Mulgrave's 2 goals.

Pleasing was the fact we played a particularly good first half of Team football, which enabled us to have a solid victory. The not so pleasing aspect was the fact that we took the foot off, a feature of our game that we must continue to work on now that we are in the second half of the season.

The conditions on Saturday were difficult for all involved including the supporters, cold, wet and windy what a combination! There were 10 forced changes from the previous week which we have never encountered due to injury, illness and blokes away so our depth was really tested with 3x 19’s H, Powse and Tom Kerr helping us out. The 1st qtr had us kicking with the wind as we started well our pressure and intent spot on dominating the qtr to boot 4 goals to 0, the 2nd now kicking into the breeze was a different task however we played smart footy to kick 2 goals and hold them to o with the wind, so clearly dominant to lead at halftime by 6 goals. Weather stepped up to rain harder so the last half was a contested game, we had the better of the paly no doubt as the boys were relentless with their work rate and smart wet weather footy to kick away and win by 9 goals as well as them not troubling the big sticks all day! Blanchy was our best again as his run and foot skills were outstanding, Wexy booted 3, Tom Burkitt returned to have a real impact and Mark Parente worked hard all day with plenty of good use in the conditions, we had a very even contribution by all. Another challenge this week at The Basin which we look forward to, thanks to all that braved the wet much appreciated.

This week we hosted Mulgrave who despite their ladder position are always a tough proposition. The heavens opened up during the 2nd half of the reserves game making the conditions wet and scrappy.In the 1st quarter kicking against the breeze, we conceded the first goal but took control of the game after that and opened up an 11 point lead at ¼ time.In the 2nd quarter kicking with aid of the breeze Mulgrave started to gain some ascendency and trimmed the margin to 4 points at half time.The 3rd quarter was a real scrap with both sides kicking 2.3 for the quarter as we held a 4 point lead at the last break.The last quarter was good old fashioned hard footy with both sides cracking in very hard, Mulgrave drew first blood and clung to a narrow lead for 10 minutes as scoring dried up and stoppage after stoppage occurred making it difficult to get clear possession.Late in the quarter big Will Gordon who had been super all day drew a ruck free kick and went back with the game in his hands, the big fella cool as ice slotted the set shot that gave us the lead and we were able to hold on for the last few minutes to secure a 4 point win.James McCubbin was super across half forward all day whilst Jarrrod West and Jess Cherry were fantastic around the footy.

Thanks to all the supporters who came out in the horrible conditions to help us get across the line, we hope to see you out at The Basin next week.