NETBALL GIRLS ONE AND ONE 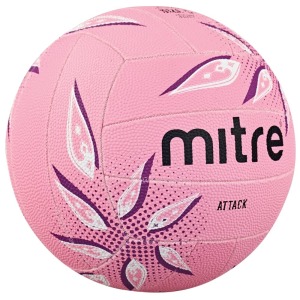 Fresh from a gritty one goal win the previous week, The Mitcham Black we made the trek back out to Chirnside Park to take on Waverley Blues who were full of confidence after their first win last week. What was viewed as a danger game quickly transpired into a thrashing so brutal that footage of the game has been banned in 12 countries across Europe and Central Asia. If the game were put in the context of two trains to Flinders St Station, Mitcham's train ran smoothly with express service from Box Hill, where Waverley's was held up by a group of intoxicated young men arguing with PSO's and was eventually cancelled, leaving all passengers frustrated, but somehow not surprised by another public transport inconvenience in Melbourne.

Emily filled in and was slotting them from all parts of the court (edit: only the parts of the court within the shooting circle), scoring 21 goals in the second half alone. Sharpshooter Jess for the first time in her Mitcham career played second fiddle but was no less dangerous up forward.

Harold and Streetfighter didn't see much of the ball down back, and when it did make its way down was often sent back faster than the puppy I got for Christmas when I was 7 that chewed up dad's favourite pair of shoes. God how I miss Scruffy. Maka, Georgie and Em controlled the centre of the court like the Chinese Government controls their citizens social media activity as they absolutely dominated proceedings.

We ran out 43-6 winners in a dominant display, and continue to work towards our best as the season rolls on.

It was a tough night on the court for Mitcham Yellow, going down to the fourth placed Norwood Gold for their first loss of the season. With some personnel changes, the girls were lacking a bit of composure. Fill in Rachel and goaling stalwart Georgia were best on court on the night, along with Mitcham's favourite trainer Eliza strong in defence. It was a great third quarter getting them within a goal, but unfortunately they did not take their opportunities. With their heads held high, they fought it out to lose by 8 goals to a very strong Norwood. The tiggie train has simply had a hiccup and will be back on track next week against The Basin at Fairhills on Friday night. Get down at 9.30pm to support the girls after the 6.30pm game at Heathmont to support Mitcham Black.