TWO OUT OF THREE AIN'T BAD 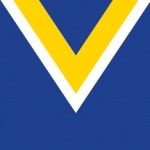 Howz that song go ‘Cause two out of three ain't bad “ well that was the Tigers score line this week down at the Hangar - HE Parker Heathmont with the Unders and Seniors Both recording good wins and the reserves winning streak coming to an end. Unders welcomed back their spiritual leader Tommy Stingell and were never really troubled by the Jets. On the other hand Reserves never really troubled the Jets and clearly didn’t like the conditions and the SNRS with 4 players returning did what they had to do to record a solid 12 point Victory. Unfortulaltey NO photos of Reserves and Seniors This Week Due To Chest Cold :( Get WELL Debbie. DON’T FORGET to check out the website @www.mitchamfc.com early NEXT WEEK for the coaches and netball reports and to BOOK your tickets for NEXT WEEKS Ball as the Tigers take on Mulgrave at home #strongandbold

We had a very solid week on the track, and the theme for our week was based around. A commitment to persevere and persist no matter what the circumstances. This was based on a solid discussion earlier in the week as we looked at a mid season review of our season and the areas in which we could lift.

Our focus being to maintain possession of the football and ensure that we used the ball well and on our terms when we had it in hand. Considering ladder positions Heathmont 3rd and Mitcham 4th the challenge would be to play a disciplined game. The intensity the boys showed from the start was particularly pleasing, with every one of our players making a solid contribution across the four quarters. A season first! With a number of players playing some new roles for us, we were able to constantly repel the Heathmont attacks and positively impact the scoreboard.A 43 point victory has provided us with position 3 on the ladder and a real opportunity over the next 3 weeks to further consolidate our spot in the top 3.

This week we Travelled to Heathmont and they say you have to come to play every week well in our case we didn’t get the memo! Heathmont’s want to win and be first in was far greater than us and it showed on the scoreboard going down by 6 goals. The 1st qtr was not too bad as we struggled to control the ball by foot and their pressure, physicality was super to their credit. The 2nd and 3rd qtr’s flowed on the same as they continued to work harder and show skills by foot we couldn’t match. The last qtr was better for us as we out scored them however the damage was done early in the game, Heathmont deserving the win. DJ, Dave Mc, Tayles, Frosty all solid for us. After 7 in a row this is a real slap around our head as at this level you can’t be off on the day as much as we were and expect to get the result. This week our boys must show a real want to redeem themselves which I’m looking forward to. Thanks to all the went to HE Reserve on a cold day.

This week we travelled out to Heathmont in what was a crucial game as we were only separated by percentage on the ladder. The first quarter was a tight struggle as both teams cracked in hard and defended well, at the ¼ time break Heathmont held a 1 point lead.

In the 2nd quarter we started to use the ball much better by foot and got better quality entries which allowed us to hit the scoreboard and we opened up a 15 point lead at half time.

Heathmont came out hard in the 3rd quarter kicking the first 2 goals, we were able wrestle back the momentum and the remainder of the quarter was very tight. At the last change we held a 2 point lead. The challenge was all before us as we were in a similar position last week and let it slip away. To the boys credit we rose to the challenge this week kicking 3.4 to 2.0 and running out victors by 12 points. Riley Nicholas was fantastic all day down back for us as was Ben Joseph who gave us plenty of drive off half back.

Thanks to everyone who came out in the cold conditions to support us, we look forward to seeing you at home this week against Mulgrave.