NETBALL GIRLS WITH THE DOUBLE 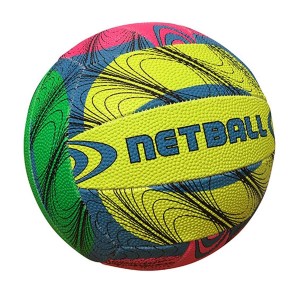 The night started in controversial fashion, with new recruit Alison ruled out with a crisp new nose piercing, leaving us with just 6 players on the court. To add injury to insult, the very swish new netball precinct at HE Parker had a canteen that screamed out ‘North Korean dictator’s kitchen’, with plenty of shine around, but a poor variety of lollies and fun.

A good start was important and we got just that. Our efficiency going forward was a vital factor, and Heathmont’s extra number was having as much impact as MySpace in the current social media climate.

The second term saw a bit of an arm wrestle as Heathmont started to find some space but were finding it hard getting past Julia Streetfighter and Lauren Long Arms who were doing their best pre-1989 Berlin Wall impression.

The third quarter saw us start to take control, as we realised Heathmont’s nickname, ‘the Jets’, are nothing more than inanimate objects, that without human control are as useless as a wet table cloth. Georgie was finding her range up forward, proving to be a more than capable ally to Jess, who for some reason just hates missing goals. Towards the end of the term though they chiselled away at our lead, getting it back to level peggings at 3/4 time against an increasingly tired-looking Mitcham outfit.

The last quarter started off how the 3rd ended, with Heathmont quickly establishing a 3 goal lead. Their extra number was really starting to have an impact, and our girls looked to have spent all their petrol tickets. Fortunately for us though fuel prices have dropped considerably since mid-week, and with the Mitcham Yellow girls inspiring from the stands we were able to claw our way back, taking a two goal lead with a minute and a half left. Sarge Maka found an extra gear and like a mouse stuck in a wheel just kept on running, and Em continued to provide the link up through the middle of the court she had given us all night. Despite this Heathmont levelled, and took the centre pass with 30 seconds left. An errant pass left the gate open though, and with 12 seconds left Jess had the ball on the edge of the circle. With nerves of steel she spun around and slotted our 24th goal, securing an historic one goal victory.

Thank you again to all the supporters who show up week in, week out to watch us do what we do, and to the Mitcham Yellow girls who came down early to see us get over the line.
Round 6 was one to remember. Mitcham Yellow's first game of the season with all 9 players available. This brought it's own challenges with some players only playing a half of netball. A slow start, with some calls against the girls and a bit of biff in defence, but once they got going, it was full steam ahead for the Tiggie train. Georgia and Anna were on fire in goals, the midcourt rotated all game but managed to keep it steady. While Sarah and Rachel stood their ground against a player who loved a bit of rough and tumble and made her earn her goals, star player Kasey was moved from midcourt to defence and absolutely dominated. With a 47-25 win over Knox Red, it brought the girls to top of the ladder as the only undefeated team. Next week brings the biggest challenge of the season so far as Yellow take on Norwood Gold who, sitting in 3rd place have beaten the top teams already this season. A real battle that will show the girls exactly where they're at. If you're free and want to show your support, the game is 8.35 at Fairhills on Friday night.