ONE WIN AND ONE LOSS 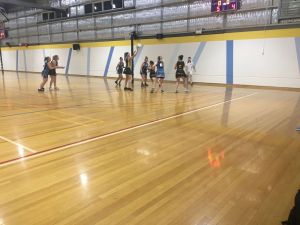 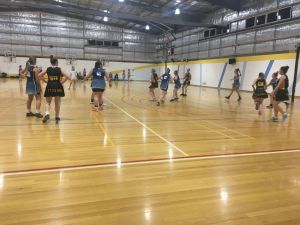 The season Netball season continued in the EFL Netball Competition Friday night with one win and one loss. NEXT WEEK YOU can check out  both teams from 7.40pm at Gloria Pyke Stadium in Dandenong and cheer the girls on. You can  check out the two match reports from our mystery reporters BELOW
Mitcham Black  headed off to Fairhills, which I don’t actually think is a place in itself, looking to square the season up against Coldstream. If you’re talking average minimum temperature, then Coldstream is the third coldest place in Victoria. Going by netball form though they were pushing the mercury. Same can be said of Mitcham, who despite the suburb holding Australia’s shittest pub, our netball proved to be considerably better. Coach Sully’s message was clear from the get-go: ‘get the ball, and throw it into the net!’ The girls took this into account, and after only 7 goals last week we had half a dozen up by 1/4 time. Maka and Streetfighter up forward looked more menacing than Macauley Culkin in his early acting days, however Coldstream were up for it, showing the same poise as Nikki Webster at the 2000 Sydney Olympics opening ceremony. 1/4 time saw scores locked at 6-all.
The second quarter saw more of the same, with ball movement proving smoother than Vanilla’s Ice’s rhymes. Down back we held on grimly through Harold and Long Arms like one of those kittens in the ‘hang in there’ posters. ‘LIFT!’ Was the message from Coach Sully at half-time when he was questioned what his favourite soft drink was. Regardless of your personal thoughts on that matter, it’s hard to deny that lemon-based soft drinks don’t get the recognition they probably deserve.The third quarter saw us move the ball well through the centre with Whiskas and Georgie, who were runnings rings around the opposition like a P-plater’s VT Commodoore in an industrial estate. Unfortunately up forward we were like a vegan in an Alabama steakhouse and weren’t able to grab what was on offer. Despite this it was still just a 4 point deficit at 3/4 time, 21-17.The last quarter threatened to go off track like Macaulay Culkin’s acting career after the Home Alone franchise. Em refused to have a bar of it though, metaphorically telling Coldstream ‘YOU SHALL NOT PASS!’ in the manner of Gandalf the Grey. Or Gandalf the White. I haven’t seen Lord of the Rings for a long time. The point is though that she defied Coldstream’s advances. Madz didn’t stop all game, and continues to show why she is one of Mitcham’s favourite sons. We did go down in the end, 29-23, but it was a good way that we went down. Like the old Romans that sent their dead off into the harbour in a ship, then shot fire arrows at it and burnt their remains. What DID go down poorly was the supposed traditional hot chocolate I got after the game from San Churro. It was like drinking tar, only when you drink tar you don’t then have to drive to the beach to drink litres of seawater to wash away the overwhelming sweetness of it. Despite the loss it is easy for the fans to get excited, seeing another glimpse of a game plan and playing group that is continuing to make strides in the right direction. Join us next week as we aim to take some momentum into the Queen’s Birthday bye round #tigertime
Mitcham Yellow came up against the winless Lilydale Blue. The ladder wasn't much to go by in this game as the girls came up against a quick and attacking Lilydale. Still missing a few of their permanent players, it started slowly, an all out slog with mistakes by both sides. The girls kept themselves in front at every break, and although it wasn't pretty, they got the win by 10 goals. Keeping themselves sitting in 3rd place with four wins and no losses along with Montrose and Upper FTG. The girls will be looking for a big win next week against bottom placed Park Orchards Black. Come down and watch both teams from 7.40pm at Gloria Pyke Stadium in Dandenong and cheer both teams on.
..