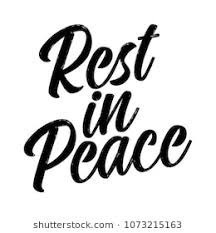 It is with great sadness that the Mitcham Football club wish to inform our members and supporters that life member and club legend Graham Cassidy passed away on Wednesday. Graham is survived by his wife Bev and children Greg and Debra along with grandchildren and great grandchildren. We express our condolences and strength in the times ahead.

Life circles around quickly and unfortunately Graham is no longer with us. Whilst this hits home with considerable sadness, the positive is littered with colorful and wonderful memories of times with Graham.

Graham did it all for the MFC

Premiership which was achieved.

Graham was also pivotal in much of Mitcham’s Facility Developments. He oversaw a new basic bar and small social room between the two change rooms and was key to forming the Mitcham Sporting Club in 1984, which saw a significant upgrade of social facilities in that year which essentially remains as it is today. Such a shame he will not see the next stage of the major Pavilion renovations happening in 2019

Graham was a successful businessman and dreamer. He established the Graham Cassidy Taxi Trucks, which developed into a significant fleet company, which he later sold and ventured into other business interests including Directorships on various Company Boards.

While he was busy with his personal ventures his thinking remained...to assist the Club on a financial level. Whilst long out of the running of the club, up emerged his left field idea to hold a rock concert at Walker Park.

Very much the “Statesman”, Graham warmly and persuasively engaged with all. The Mitcham Football Club will always be indebted to all he has clearly given to the club, but most importantly his friendship.

We are so fortunate to have learnt from such a passionate and knowlegeable person and to have had a man like Cass as a true mate.

Graham’s funeral will be held Wednesday 20/3

Thank you to life member and club historian Garry Wathen for providing Graham’s history at the club.