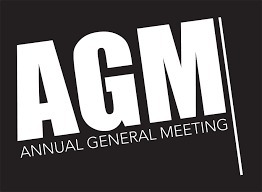 The Mitcham Football Club AGM is to be held on Wednesday 19th December, 7pm at the Mitcham Sporting Club and we already have nominees willing to stand for many roles. But we also have vacancies where we are looking for Club members to take us forward in to 2019. We seek expressions of interest from all sections of our Club: Seniors, Juniors, Football or Netball.

It is time for the next generation to think about how they would like their club run going forward, it’s an exciting time to be involved in the Mitcham Football and netball club, with our 3.5 million redevelopment about to commence. In 2019 we will also field NO less than 23 teams across the club including seniors, junior boys and girls plus netball.

If you think you could put your stamp on the Mitcham Football Football Club in our 131st year, the time is now to step forward and continue the work that has been done by so many over the past 130 years.

If you would like to receive a copy of the notice of the Mitcham Football Club AGM to be held on Wednesday 19th December, 7pm at the Mitcham Sporting Club or nomination forms, a proxy voting form and a copy of the new bylaws the committee wish to adopt on the night which fall in line with the model rules / constitution the members accepted in 2017 - PLEASE email the Secretary Michelle Lucas at secretary@mitchamfc.com.