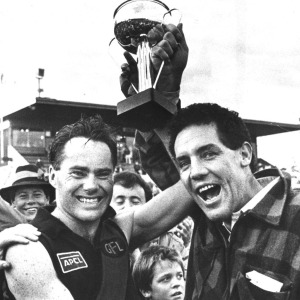 As you would know, one of our greats Newtown & Chilwell footballers, Kevin Higgins, passed away on the 5th of July.

We would like to acknowledge the incredible contribution Kevin made to our club, and pay our respects to Stuart, Deb, and the entire Higgins family.

After playing 153 games for Geelong and Fitzroy, Kevin kicked over 100 goals twice in a season, coached NCFNC Premierships in 1982, 1985 and 1986, Coach and Player in the team of the 1980’s, and Vice Captain in Newtown's Team of the Century.

He was truly one of the most influential figures to be part of our club, and his achievements will always be remembered.

The entire club mourns his passing, and our thoughts and love are with his family.

The wake will be held afterwards at NCFNC Club Rooms at Elderslie Reserve.