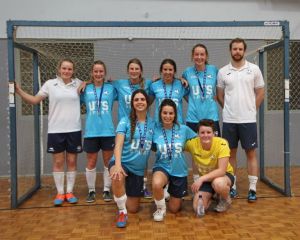 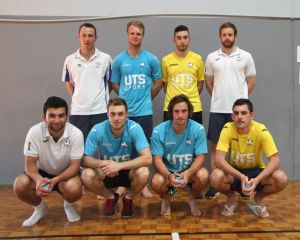 Over the long weekend of Saturday 4th and Sunday 5th October, UTS Northside Futsal Club was represented by thirteen teams competing in each age group in the Football NSW Futsal State Championships.

The Pre Academy Boys (under eight and nine’s) took part in the non-competitive U10 age group at Valentine Park. Playing in the U10s mixed non-competitive age group, with an U8s & U9s squad against players’ one-two years older was always going to be a challenge. However, four very good performances showed all that were watching that we have a very talented group of players with great potential. This was a real opportunity to gain invaluable competition experience against the best the state has to offer.

For the Pre Academy Girls (under eight and nine’s), it really was a non-competitive event so the scores were not tracked but, although the girls are brand new to Futsal, they showed great tenacity and courage, going up against boys teams who had a few years development behind them. When asked for a review of the weekend’s events the girls Coach commented that “Very proud of their teamwork and development over the two days of competition”.

The Academy Boys (under 11’s) played up an age group in the 12 Boys competition… a huge difference but what an experience and a testament to their ability and attitude by finishing equal 2nd in their pool.

The Academy Girls (under 11’s) played up an age group in the 13 Girls competition, a significant difference but what an opportunity to both impress and learn with a creditable 3rd position in their group as reward.

The 12 Boys had a disappointing day, finishing 4th in their pool after 5 games. Following a good start against Sutherland the boys struggled to deliver a consistent performance in difficult circumstances.

Winning two from three, the 13 Girls finished 2nd in their pool and progressed through to the quarter finals. They then had an extremely hard fought golden goal victory in extra time against Inner West Magic the girls were matched up against Dural Warriors in the semi final. In a fantastic game, the girls went down to the eventual state champions after the dreaded penalty shoot-out. The girls are playing some fantastic Futsal, continue to improve game by game and are ready for the season to start.

The 14 Boys finished undefeated and 2nd in their pool but didn’t progress through to the finals as they drew all three games against tough opposition.

The 15 Girls finished 3rd in the group after a hard fought win over Raiders Futsal and a draw against Enfield Rovers but unfortunately a loss against South Coast prevented them from progressing further.

Building on the roller coaster pre-season experience and still trying to settle into a routine of training and playing together as a single unit, the 16 Boys put up a real fight and prove that they have what it takes to compete at this level. After two losses against South Coast and Mountain Majik, the boys picked themselves up on the Sunday for the games against WNSW and Sutherland, coming away with two wins to finish 3rd in the pool:

The 17 Girls finished 1st in their pool, sweeping through Western Wolves, Enfield, Mountain Majik and Raiders Futsal with some vibrant attacking play and phenomenal defensive work. The girls then went on to beat Inner West Magic 2-1 in a hard fought semi, only to run out of legs in the final against Mountain Majik who won the final 3-2. A fantastic effort by the team with four games on the Sunday and all round a great tournament to lead into the season.

The Youth Men had mixed fortunes without a goalkeeper, coming out with wins against Western Wolves and Taipans but went down twice to Mt Druitt and Enfield to finish 3rd in their group.

The Open Women finished 2nd in their group, playing some excellent Futsal but the loss against Inner West meant they finished 2nd in the group only missing out on a spot in the final series, due to a lesser for and against percentage, after one of the teams forfeited.

The Open Men finished as the best 2nd placed team to progress through to the semi-finals against local rivals Phoenix Futsal. A tense 3-1 derby win set them up for a spot in the final against a very strong Inner West Magic side laden with Futsalroos. In what was a great game for the spectator with the contest full of passion and flair, UTS went down valiantly 6-3 with Inner West being pushed right to the last.

Overall an excellent tournament with two UTS Northside teams contesting Grand Finals, plus the opportunity to catch up with some old friends, play against the best in the state, match up against some ex-UTS legends and finalise preparations for the season ahead.