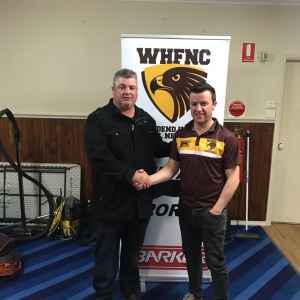 Tankard was announced as the Hawks new coach on Thursday night at the club’s last training session for the season.

Tankard, who stood down as Macedon coach last month after two years, said he had spoken to several clubs in that period, but felt like Woodend-Hesket was the perfect fit.

“It was a stressful process,” he said. “There was seven clubs I either met with or had an interview with.

“They’ve [Woodend] been really welcoming and there was a good feel in the interview process,” he said.

Read the full story at the Star Weekly website - https://www.starweekly.com.au/sports/tankard-appointed-woodend-hesket-coach/