ROUND 14 PREVIEWS | B Grade Netball 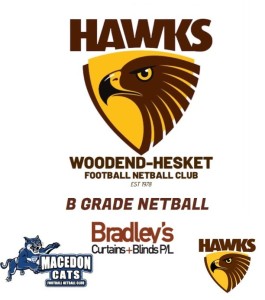 Talking point
Macedon - sitting third on the ladder, it is one of the strong leaders of the competition and will be expecting to go deep into finals.

Woodend-Hesket - at training, vice captain Taylor Bowen said that a strong performance against Macedon will assist the team for the remaining four games of the season, with possible wins. This will be the main focus for the team.

Previous round
Macedon - it had a nine-goal win over seventh placed Riddell.

Woodend-Hesket - with a solid performance the previous round going down to fourth placed Centrals by eight-goals, it will look towards consolidating its good team work with second effort leads and applying a determined mind set to improve as a team.

Why are they going to win?
Macedon - it is sitting third on the ladder and will work hard to remain in the top four.

Woodend-Hesket - it is currently sitting 10th on the ladder, but this doesn't indicate the great season the team has had. This team has shown great improvement in its team-performance throughout the season. With the correct application and right mindset, the Hawks may improve on their past performance against the Cats.
Who is going to win
Macedon will show case their tactics on and off the court and it is likely to take the win, however, Woodend/Hesket is not going to give them the win easily and will dig deep to get as close as they can to an upset.