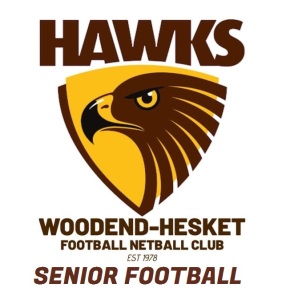 Talking point
Rockbank - were Riddell just too good last weekend or was the result more of a reflection of where this team is at? Full credit that the team kicked goals in the second half to get some respectability on the scoreboard.
Woodend/Hesket - it ended a six-game losing streak with a win over Broadford, can this team gel together and produce another strong effort? Tom Gawthrop has had his tyres pumped up for quite some time now and is ready to break a game wide open, is this his game to shine?
Current form
Rockbank - it was a tough day at this office last week, but this squad needs to keep its heads up. Tick it off the list and focus on this game. That maiden win of the season still awaits.
Woodend/Hesket - it had to play at its best to beat Broadford last week, and after getting itself into a good position, it took on the best that was thrown at them and held on. Winning can be habitual. The monkey is off the back now.
Why they will win
Rockbank - its opponents are not in the greatest form and things could really start to click for them with a competitive effort.
Woodend/Hesket - it needs to win well to build some momentum heading into the back half of the season and build on some confidence leading into the final three hames against Romsey, Diggers Rest and Wallan. Finals may be out of the question but it can cause headaches by taking down Centrals and Wallan on the run home to throw doubt into their finals' plans.
Why they will lose
Rockbank - depth and experience. It does play a tad better at home and expect that to assist in some extra support.
Woodend/Hesket - it still beaten just two teams this year, both below them. It isn't the greatest form considering the talent.
Who will win
Woodend/Hesket will throw everything into this contest and make a statement to the rest of the competition with an important win.