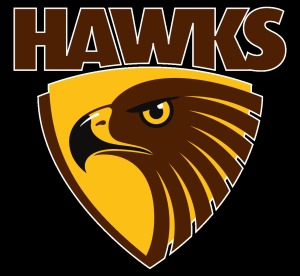 RESERVES REVIEW | Liam 'Burgs' O'Meara
Always a tough away trip to melton, on a ground the opo play well. With the wind always a factor at arnolds creek reserve a 4 quarter performance is always required if your to get out with the 4 points. Melton sat on top of the ladder after the first 3 rounds so the perfect challange for our group to take the next step. Going in with 8 changes from the previous week our depth was set to be tested.
Rup lost the toss and we kicked into the breeze in the first quarter. Knowing they are a side that love to to get the ball outside and run we put an emphasis on winning the contested ball and we did that and restricted them to 3 goals 4 behinds.
Unfortunately in the second quarter (like against lancefield) we couldnt capitalise on our good start and only managed a single goal. They manged a goal into the breeze which set up a monumental task for us in the second half being 21pts down.
With our focus in the third quarter trying to keep them goaless we pulled our foward line and threw a loose in the back line. With a maintain possession philosophy and the hard word put on midfield to win contested ball we went about our work and kept melton goaless in the third term, paving the way for a chance at pinching the game in the last quarter.
After our mids and half backline led by paddy graddy, brandon nichols and chucka bourke got on top in the first 6 or 7 minutes we goal firstly through scobes then pods, burgs and kizza! After a rushed behind to draw level with only a few minutes to go it was a behind from jez that put us in front with a minute or so to go and with great composure we survived a late surge to get the chocies by a point!
Paddy graddy played out of his skin across half back, well supported by brandon nichols and chucka the 3 of them drove the victory that sees us heading in the right direction. Jezza had his best game for the year as did connor davies while pods continues to wind the clock back. Chettle and robbie ensured our contested ball dominace!
With a week to week focus of growing a as a group we launch into our first home game for the year with a unity and confidence that hopefully we can maintain for weeks to come
Congrats to razor and andy dodds on there first game in the brown and gold