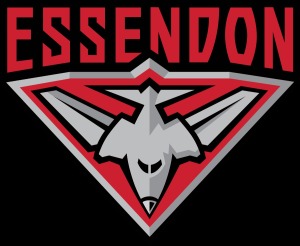 There was a great turn out of players from the Bombers who were made to feel right at home in the typical fresh, windy Woodend weather.

Players turned out in great force, especially some of the new Hawk junior female footballers who look to strut their stuff in the club's first season in the competition.

A barbecue was held after training with many people from across the town joining in on the night.

It was great to see members from the Juniors, Seniors and Masters all taking part in the night and showing their support around those that represent the future of the club; and to get a sneaky photo and autograph or two with some great Bomber stars.

Community radio station 100.7 Highlands FM was there on the night to interview local players and volunteers; while pumping out some music to help generate a greater atmosphere around the night.

Thanks to all involved on the occasion and let's hope that this is one small step towards the big day on February 17 where the community will rally together.