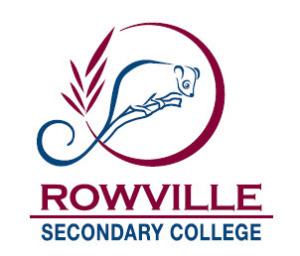 The Rowville Sports Academy enables talented young footballers within the region to develop their sporting talent in an elite environment whilst balancing this with their secondary school education.

The connection with Rowville Secondary College has always been prevalent. Ranges head coach, Darren Bewick, has been in the role of head coach for the school’s Football Academy Program for the last three years. The school is also attended by a number of Ranges players, including TAC Cup listed players Aiden Santamaria, Jayden Cyster and Mitch Prosser, whilst Anthony Brolic and Jarrad Smith graduated last year. Adding to the list of current Ranges players at the school are five Under 16 Ranges Squad members, including Tom North who has been selected in the initial U16 Vic Metro squad. Rounding out the numbers are eight Under 15 squad players who also attend Rowville Secondary College.

Having already produced Vic Metro players at the Under 16 and Under 18 nationals level, the school and its Sports Academy program are hoping to have their first AFL drafted player come seasons end.

Eastern Ranges Talent Manager, Len Villani, said the Club is delighted to formalise a relationship that has existed over a number of years already. He said that synergies between the organisations were clear.

“Rowville’s philosophy of life-balance is very similar to ours. We share a view of a holistic approach to balancing sporting talent, education and family”.

“We are looking forward to working with the school and its Sports Academy for years to come and forging a strong working relationship.”

Rowville Secondary College Principal, Glenn Fankhauser said, “this exciting extension of our relationship strengthens our progress as one of the foremost sports schools in the country. Our program is built on high expectations – in the classroom, in athlete development, in elite coaching, through improvement performance outcomes, first class facilities and loyal partnerships. Partnering with Eastern Ranges provides our students with the fantastic opportunity to learn at the elite level.”

To find out more about Rowville Secondary College and their Sports Academy, visit www.rowvillesc.vic.edu.au

Media Relsease attached below as well.