Rookies ready to rack up kicks 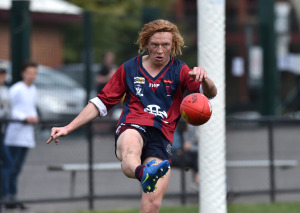 MANY pockets in the Bendigo Pioneers Football Club’s region are represented in a new rookie squad ahead of the 2016 AFL Victoria TAC Cup under-18s season.

“Some of the players in the rookie squad could be added to the main list before the season starts, or during the season. There are a lot of factors to consider.”

Henderson also urged those who missed out on selection to not give up.

“Our recruiting team and network spotters will be at a lot of matches.

“Their feedback will be important, not just for the lead-up to next season but for seasons to follow.”

The rookie squad will train with the main under-18s squad across pre-season and during the season.

“We believe we have a great mix of talent,” Henderson said of the main list and rookie list.

“Versatility and adapting to change will be crucial. It’s not just about being able to play one position, but the ability to adapt to two, three or maybe more roles.”