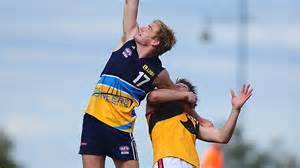 The host venue is yet to be determined.

In what could be a potential blow, top Pioneers prospects could miss the game with the National Under 18s Championships getting underway for Victoria Country on Sunday, June 1, at AAMI Stadium in Adelaide against South Australia.

On the plus side, it may open up more opportunities for local youngsters to don the Pioneers guernsey, with six Sunraysia players involved in the 2011 game against the Rebels.