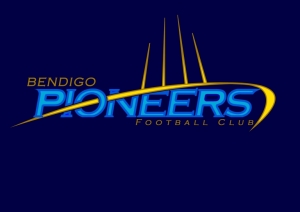 FOR the second time this TAC Cup season, the Bendigo Bank Pioneers could not stop the Dandenong Stingrays charge to victory in Saturday’s 13th round.

Bendigo played well to be within 17 points at half-time on Dandenong’s turf at Shepley Oval.

The Stingrays lifted their intensity dramatically in the third term and capitalised on several turnovers.

Matthew Rennie went on to kick a match-high five goals, and Jack Lonie and Thomas Lamb finished with three apiece as the Stingrays kicked away to win 18.15 (123) to 8.5 (53).

Pioneers coach David Newett said the Stingrays, who jumped to sixth on the ladder, will be tough to beat as the season rolls on.

“They have a lot of quality midfielders, two All-Australian players from the under-18 championships in Billy Hartung and Zac Jones, and a lot of attacking flair,” said Newett.

Although disappointed the final margin blew out to 70 points, Newett said the Pioneers teamed well.

“The second-quarter (an 18-12 win) was one of the best we have played this season.

“Dandenong really lifted its workrate in the third quarter and we made some errors that ended up in goals.”

Pioneers captain and onballer Jacob Chisari won many possessions, while Sam Heavyside and Liam Byrne did well in the clinches.

Key defender Josh Ryan, the skilful Jake Maher and ruckman Jordan Hargreaves were among the best.

There are no TAC Cup matches this weekend. The Pioneers travel to Warrawee Park on July 27 to play Oakleigh Chargers from 1.30pm.