Pioneers Outgunned by the Cannons 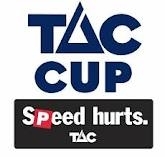 CALDER Cannons outgunned the Bendigo Bank Pioneers in the last quarter as they won Saturday's TAC Cup under-18s football match at Moama by 34 points.
The Pioneers marked their first match on the border for several years by being 15 points up with a quarter to play.
In the space of 15 minutes, Calder raced to a five-goal lead after it slammed on eight goals to nil.
Calder's play at the centre bounces was superb as it pumped the ball inside the 50m arc where Joe Daniher, Billy Morrison and Nick Fletcher won in the air, or the pacy Andrew Gallucci swooped on the loose ball to kick three goals in the final quarter.
The Cannons scored nine goals in the fourth term, a feat they achieved in the previous round, as they went on to beat the Pioneers, 16.10 (106) to 10.12 (72).
Bendigo coach David Newett said Calder's dominance at the centre breaks in the fourth term played a big part in turning the contest around.
"We just could not win many of the centre clearances in the last quarter," Newett said.
"Calder's quick movement from the centre to the forward line put our defence under a lot of pressure, and their key forwards won most of the marking contests."
Although bitterly disappointed about the final margin, Newett said there were a lot of positives in the Pioneers' play.
"Our run, pressure and teamwork in the third quarter was excellent. We had played extremely well to be within a point at half-time and then took control for most of the next quarter," Newett said.
The Pioneers scored 4.6 to 2.1 in the third as Jake Stringer (2), Jacob Chisari and Vinnie Flood were on target.
"At one stage the lead was out to 19 points, but we missed a couple of chances which could have put the lead at more than five goals," said Newett.
After kicking nine goals in his TAC Cup comeback the previous round, Stringer again led the Pioneers attack on four goals.
The Pioneers inspirational captain, Echuca's Oliver Wines won many possessions through the centre and set up many attacking moves.
The rebounding by South Bendigo's Liam Byrne, Sandhurst's Isaiah Miller, Leitchville-Gunbower's Joel Donehue, and Merbein's Ashley Rowe, in his TAC Cup debut, from defence was outstanding.
But in the final quarter they could not halt the Cannons run.
Strathfieldsaye's Sam Heavyside continued his excellent form in and around the packs.
Lockington-Bamawm's Jesse Collins sustained a bruised left hip when he crashed into the goalpost in the second quarter and took no further part in the match.
The Pioneers head to Shepparton's Princes Park this Saturday to take on the Murray Bushrangers at 1pm.