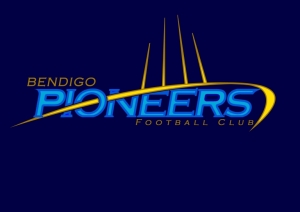 Newett, a former Richmond and North Melbourne development coach, began his full-time role with the Bendigo Bank-backed Pioneers yesterday and said his first task would be turning around the club’s poor on-field record in recent seasons.

“It’s a challenge, knowing that Bendigo hasn’t been that successful in terms of ladder position,” Newett said.

“In a successful environment I believe players will develop quicker. If we can start winning games and making it more enjoyable the players are going to want to improve more.

“It’s going to go hand-in- hand. If we start getting some team success then our individual players will get more exposure and, hopefully, enhance their possibilities of getting drafted at the end of the year.”

Newett has been a development coach in the AFL for the past four years and was the senior coach of VFL side Coburg in 2010.

He said he would work one-on-one with the Pioneers players and believed his experience in the AFL system would help prepare them for higher honours.

“I’ve got very high expectations of myself, one of them is to produce draftable players in a successful environment,” Newett said.

“I get a great sense of enjoyment out of seeing young guys improve and develop and go on and get drafted. I want to communicate and motivate them to want to achieve their ultimate goals.”

Newett said he would implement a well-structured, attacking game plan so “people want to get on board with the Bendigo Pioneers”.

Bendigo Pioneers regional manager Ray Byrne is confident Newett’s AFL experience and capacity to work full-time with the players will improve the club’s fortunes after winning just one match in each of the past two seasons.

“We want to win a lot more games and we think we will with David having access to the players more often,” Byrne said.

“We’d love to make the finals, but just to be competitive is the main aim at this stage.”

“Then, hopefully, we can promote a few more kids out there to the AFL and VFL clubs through David’s experience.”

“Without their support we’d have to raise a lot more funds the hard way. Their support has allowed us to do a lot of things with squads.