The Jets Basketball Club was formed over forty years ago.  It began as a Womens team named Cagers which later became Kayjets.  The original colors were black, white and red.

​In 1986 Tracy Village Social and Sports Club became the new major sponsor of the Jets which by this time had become a strong basketball club with teams in all mens and womens senior and junior grades.  The sponsorship resulted in a change of name to Tracy Village Jets Basketball Club with the new colors of red and gold.

Jets have experienced much success since our inception back at the old Daly Street courts.  The senior men have enjoyed many wet and dry championship season grand final victories and won the 2007 Team of The Year award at the NT Sports Awards.  With our womens wining the League DBA Grand Final for the past 13 season and taking home the 2017 NT Local Performance of the Year at the NT Sports Awards.

Jets maintain a strong focus on juniors, ensuring good quality coaching is given to all juniors. Our current junior training program concentrates on them playing together and developing individual and team skills.  The Club has had numerous junior premiership teams and has produced many talented basketballers who have gone from juniors to seniors with great success.  In 2017 the Club won Jurnior Club of the Year for the Darwin Bsaetball Association. 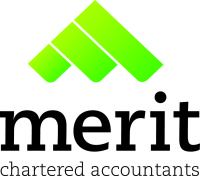 At Merit Partners we share our knowledge and expertise, striving to build long term client relations