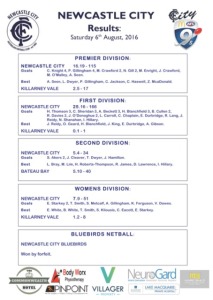 In the final round of the season for Second Div, Women's and our Bluebirds netball we had a win, a losss and a forfiet. While the men's Premier and First divisions play there final round both coming off a win.

Big weekend next week with three different venues to attend.