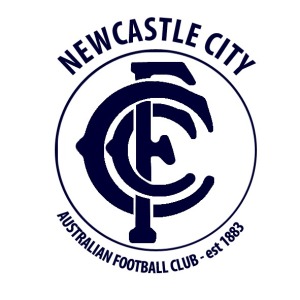 The Newcastle City Football Club today announces that Courtney Knight will take over the position of Premier Division Coach for the remainder of the 2014 season, with Mitchell Knight as his assistant coach.

The change has been required due to the present coach Craig Hewat taking up an employment opportunity which involves fly-in / fly-out work in Queensland.  Craig will continue to be involved with the club and the football operations department, coaching liaison with the junior club and with assisting with game day management.

After the disappointment of the 2012 season, Craig was appointed for the 2013 season and directed the Premier Division team to the ultimate goal in his first year at the helm.  Craig has brought a clear direction along with business acumen and contacts to his role as coach and the club looks forward to Craig’s continued involvement in the club for years to come.  We thank Craig for his tremendous contribution and wish him well in his new work endeavours.

NCAFC President James Mackie reports that the club has been fortunate to be able to replace a premiership coach with a fellow premiership coach from within the Blues’ ranks “To be able to replace Craig with a coaching pair as strong as Courtney and Mitch Knight is a testament to a number of years of hard work across the Club to ensure we have strong, dependable people in our coaching and leadership groups.  We as a club are very thankful to all those involved for helping to manage this change in a professional and collaborative manner.”

Along with being a multiple premiership player and premiership coach in 2011 for Newcastle City, Courtney is also a Sydney Swans Academy coach and BDAFL representative coach.  For Newcastle City Courtney has played over 167 games and kicked nearly 700 goals, including 117 goals in 19 games in the 2007 season.

Mitchell Knight has been an integral part of our club for more than a decade, is a former Elliott Davey Medallist and holds premiership and representative honours along with being a key part of the leadership group.

We welcome Courtney and Mitch to the role and look forward to continued success in the 2014 season.