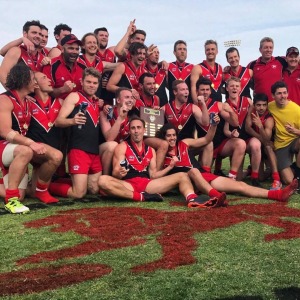 Welcome to the Home of the Wollongong Lions Australian Football Club

The Wollongong Lions are an Australian Rules Football Club that play in the AFL South Coast competition. We field senior sides in the Men's Premier Division and Division One as well as a Premier Division Women's side.

The Lions play home games on a Saturday at North Dalton Park in Towradgi, just north of Wollongong. NDP is no doubt, the best facility for AFL footy in the Illawarra. Games are played during the day and sometimes at night under our quality lights.

For more information about the Club including News, Fixtures & Results or to Contact Us, please use the tabs in the top menu.