At Albury Junior Footbal Club we just ask you to play by the rules, in the spirit of the game.  Enjoy your footy and try to improve within yourself from the start to end of the season.

1.   Abide by the rules of the game and rules set down by your coach, club and league.

2.   Never argue with an official or umpire. If you disagree, have your captain, coach or manager approach the official during a break or after the competition.

3.   Control your temper. Verbal or physical abuse of officials, umpires, spectators or other players, deliberately distracting or provoking an opponent is not acceptable or permitted.

4.   Work equally hard for yourself and your team. Your team's performance will benefit, so will you.

5.   Be a good sport. Applaud all good plays whether they be by your team, opponent or the other team. Be proud to walk off the ground after each game knowing that you have given your best effort and never involve yourself in an argument with opposing players, umpires or officials.

6.   Treat all players as you would like to be treated. Do not interfere with, bully or take unfair advantage of another player. Your involvement to play is for fun and enjoyment and that winning is only part of it.

7.   Co-operate with your coach and team mates, and respect the ability of your opponent. Without them there would be no game.

8.   Play for the `fun of it' and not just to please parents and coaches.

1.      Be familiar with the Laws of Australian football and abide by the rules and conditions of your league and club.

2.      Teach your players that rules of the game are mutual agreements which no player should evade or break.

3.      Group players according to age, height, skill and physical maturity whenever possible in any competitive practice session.

5.      Remember that the players involved play for fun and enjoyment and that winning is only part of it. Emphasise the importance of the learning and development of skills and positive attitudes. Never ridicule or yell at your players for making mistakes or losing a competition.

6.      Ensure that equipment and facilities meets safety standards and are appropriate for the age and ability of the players.

7.      The scheduling and length of practice times and competitions should take into consideration the maturity level of the player.

At Albury Junior Football club all training sessions must have at least 30minutes of basic ball skill practise.

8.      Develop team respect for the ability of opponents, as well as for the judgment of umpires and opposing coaches.

9.      Follow the advice of a qualified person when determining when an injured player is ready to play or train again.

10.    Make a personal commitment to keep yourself informed of sound junior coaching principles and developments. Endeavour to attain coaching accreditation and to become an active member of the local branch of the Australian Football Coaches Association.

11.   Avoid use of derogatory language based on gender or race.

Failure to meet the above standards may result in Albury Junior Football club suspending or terminating a coach.

1.   Encourage children to participate if they are interested.However, if a child is not willing do not force them.

2. Focus upon the child's efforts and performance rather than the overall outcome of the event. This assists the child in setting realistic goals related to their ability by reducing the emphasis on winning.

3.   Teach your child that honest effort is as important as victory so that the result of each game is accepted without undue disappointment.

4.   Encourage your child always to play by the rules.

5.   Never ridicule or yell at your child for making a mistake or losing a competition.

6.   Remember your child should be involved in football for their enjoyment, not yours.

7.   Remember your child learns best by example. Applaud good play by both your team and by members of the opposing team.

8.   If you disagree with an official or umpire raise the issue through the appropriate channels rather than questioning the official's judgment and honesty in public. Remember, most officials give their time and effort for your child's involvement.

9.   Support all efforts to remove verbal and physical abuse from junior sporting activities.

10.Recognise the value and importance of volunteer coaches. They give of their time and resources to provide recreational activities for your child and deserve your support.

11. Support your club officials in maintaining the highest standard of behaviour both on and off the field for the betterment of the league and your family. Offer your assistance to the team that your child is playing in so that every opportunity is being provided for the very best supervision and support. Your involvement will give both yourself and your child far more satisfaction.

12.Avoid use of derogatory language based on gender or race.

Thank you to our 2019 Sponsors 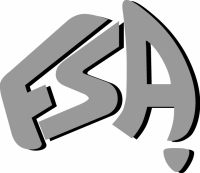