The NSW CHS State Championships for AFL was held between 29 to 31st May in Wollongong.  The Hunter region forms part of the Northern NSW "Stallions" team which encompasses North Coast, Hunter, Central Coast and North Sydney.

For the Northern side we had 5 players chosen to represent the region at the Championships, they were Tom Gordon (Cardiff), Harrison Welsh (Warners Bay), Jackson Crawford (Newcastle City), Jakson Playford (Newcastle City) & Jayden Rymer (Nelson Bay).

The first day of the Championships started well for the "Stallions" as the upset the highly rated Riverina South West - "Tip Turkeys" winning by 3 points.  This was a special moment for the team as no Northern side had ever beaten a Riverina team.  Game two for the day was not as good going down by 10 points to the West Darling "Pig Dogs".

Day 2 was a day to forget for the Northern boys as they were given a football lesson by the CCC/CIS South Team (Combined Catholic Colleges-Combined Independent Schools), the eventual winners of the Championship by 71 points.

On the final day the boys played the last game of the Championship and thumped the Western NSW team by 101 points in a powerful display of attacking football.

So the Northern NSW team finished the Championships with two wins and two losses and a reputation that we are developing the talent in the area and now challenging the might of the Riverina teams.  From a players perspective the MVP for the Northern Team was won by Jayden Rymer (Nelson Bay).  Jayden capped of an excellent Championship by being named in the 2012 CHS Merit Team as well as the 2012 NSW All Schools State Team and will now represent NSW in the National Championships in Adelaide.

The Hunter boys all performed well through the Championship and did their Clubs and schools proud.  The team was coached and managed by Grant Godfrey (Singleton High School), Craig Maher (Cardiff H.S) and Phill Scandizzo (Pennant Hills H.S) many thanks to the coaches for the time and effort that they put into the team

OUR ONLINE SHOP HAS BEEN LAUNCHED!!!

Choices Port Stephens - The floor you've been looking for 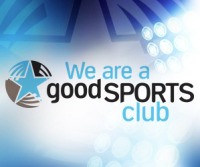 We are a Level 3 Good Sports Club