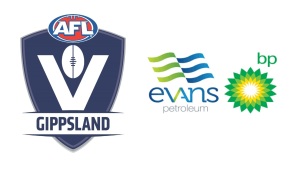 Joske brings a wealth of skills and experience to the role, including three years as Commercial Development Manager at Richmond Football Club and, most recently, as Manager of Regional Tourism and Strategy at Visit Victoria.

He has also spent time as Commercial Development Manager at A-League club Melbourne City, held various roles within the racing industry and served as National Manager of Community Fundraising and Events at Make-A-Wish Australia.

Joske replaces inaugural AFL Gippsland RGM Travis Switzer, who resigned in May after more than four years in the role.

“With the support of AFL Victoria we have conducted a thorough application process and Ben quickly emerged as the outstanding candidate,” Schelling said.

“This position offers a great opportunity for someone with fresh eyes and ideas to step in and make an immediate impact on football in our region.

“Ben arrives at a busy time and we are confident his appointment will provide a major boost to our staff, football community and other key stakeholders alike.”

Joske is expected to officially begin his tenure as RGM on Monday, 13 August.

In the meantime, Greg Maidment has taken a leave of absence from the AFL Gippsland Region Commission to step in as acting RGM, with senior operations manager and interim RGM Tim Sexton set to depart on Tuesday, having tendered his resignation last month.

Maidment is a former chair of the TRFM Gippsland League and has more than 30 years of experience in community football.

“We’re very fortunate to have someone with Greg’s experience to take on the role at short notice and assist with the transition process," Schelling said.

“Tim has been a great asset for us over the past two and a half years and his diligence and leadership have held us in great stead.

“We thank Tim for his outstanding contribution particularly over the past two months with his willingness to delay his departure to lead the team providing valuable stability which was greatly appreciated.

“We wish him all the best as he moves on to a new opportunity to further his career.”