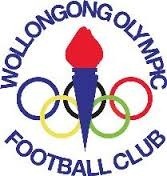 Wollongong Olympic are an interesting team to follow. In 2015 and for the start of 2016 it was a rollercoaster ride with stunning wins one week and crushing defeats the next. Coach Rob Birkin has really steadied the ship, though, and his side eased into the Finals last season, falling to the Fury at the semi-final stage. From Round 7 last season, apart from an eight goal crushing of Cringila, there was great consistency, with no scoreline having more than a two goal margin. And the Olympic defence was key, with no fewer than nine clean sheets over the course of the 2016 season.

Olympic won their first silverware in 20 years last season, taking the Bert Bampton Cup. They may have lost two of their three pre-season Fraternity Cup matches, this year, but that will be of little concern to coach Birkin, who will no doubt have his eyes set firmly on Finals football again when the IPL season finishes.

Olympic have retained the services of 2016 top scorer Yusuke Ueda. With 15 goals in the IPL campaign, he was far and away Olympic’s best marksman. Ueda is joined this year by a returnee in Blake Coates, who scored seven goals in an Olympic shirt four years ago. His brace in the opening game of this season’s Fraternity Cup showed he has lost none of his sense of where the goal is. And Jonny Martinoski has crossed the city from United to Olympic to shore up the front line, too.

Captain Brendan Fordham missed the pre-season Cup games, but should return for the IPL season proper. He is solid across the park, often the last line of defence, but also creating chances up front, and knocking in four of his own last season.

It is at the back that Olympic are possibly strongest, though, with Jake Duczynski and Jack Keating very hard to get past, as those clean sheets last year attest. It also helps to have a gloveman of Hayden Durose’s calibre behind you, though!

Other new signings for Olympic are: Shun Tokuno, a Japanese import who has been playing in China; Lukas Stergiou from NPL1 side Sutherland Sharks; Dion Avouris who played for the Wollongong Wolves under-18s in 2016; and more familiar faces locally in Nuno Pires and Jack Balmforth.

In 2016, Olympic performed as well on their travels as they did at PCYC. In fact, their defence was stronger on the road than at home (12 goals conceded in 11 games). Continue this sort of game and Olympic should once again make it to the end-of-season Finals series. 2017 could be an even tougher IPL than last season, though, and I predict Olympic to scrape into the last Finals berth in fifth spot.