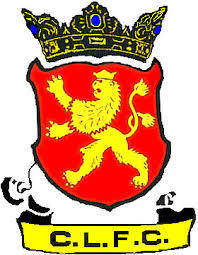 Shell Cove’s points reduction in 2016 saved the Lions from propping up the ladder at the end of the campaign. Having said that, the Lions played some courageous football last season and pulled off some extraordinary results, with a win over Wollongong United and a draw at Bulli top of the pile. But defensively, 2016 was a disaster for Cringila, conceding five goals or more nine times across the 22 Round season. Coach Wally Savour will have to shore up the back line if he is stay off the bottom in 2017.

Daniel Vasilevski was the Lions’ top scorer last season. If he still gets a run out, he will be the main threat up front, though Takao Teramoto – signed from Port Kembla – will also be a lively presence in the Cringila front line. Mile Atlagic is an interesting newcomer, brought into the Lions’ squad after a successful season in the NSW State League 1 with SD Raiders. And Nathan Magraw has moved over from Shell Cove to help that leaky backline at Crehan Park.

Some of the most creative players from the Cringila squad of 2016 have now departed, notably Joel Craig, Esali Ali and Mikal Awad. They have also lost local favourite Christian Cevenini and Daniel Atkins. All eyes will be on those new signings to settle in quickly and make their mark. You can’t judge the season proper on a pre-season tournament like the Fraternity Cup, but the worry for coach Savour might be more up front (no goals in three matches) than at the back, where Cringila’s defence performed well against three tough opponents. With a more solid defence, I reckon the Lions can keep themselves off the bottom in 2017, but I’m pencilling them in for 11th spot.