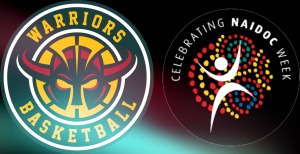 Woodville is proud to announce it will be celebrating Aboriginal culture and history across two premier league home games this season.

The Aboriginal Basketball Academy is in its 3rd year and games like this are a perfect way to continue our commitment to bridging the gap.

These games will coincide with NAIDOC week and Reconciliation week.

We are pleased to say both Eastern and Forestville will be supporting the initiative.

The Warriors will play the Eagles on June 1st and the Eastern Mavericks on July 14th, both games at St Clair.

Former Woodville Warrior and NBL player Paul “Reggie” Vandenbergh will be designing our uniforms, we can’t wait to see what direction Reggie takes the design.

The games will consist of many activities that celebrate Aboriginal Culture.

We encourage all Premier league clubs to join us on these two days with their own celebratory games.