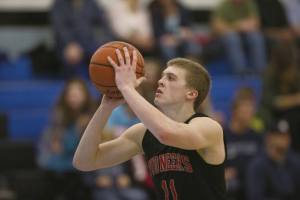 The men’s team are pleased to announce the signing of new American Import Jason Luhnow.

Jason is a combo guard standing at 6’2

He will be arriving in Adelaide on January 18th.

“Jason comes highly recommended from numerous sources we have in Portland, he is a strong rebounding combo guard that can shoot from distance, we have been in conversation with Jason for sometime and we are please to get him to Australia so early in our pre season. I looked at about 7-8 guards and Jason ticked all of the boxes. For me it wasn’t about trying to find another Nelson Kirksey (very hard to do) it was about recruiting a player that fills the gap we have in our squad. We think we have done that with Jason”

Jason will be the second player from Lewis & Clark to play for Scott, Josh Kollasch played under Scott in 2011 while at Centrals.

Welcome to the Warriors Jason we look forward to your arrival and input to our Mens team!