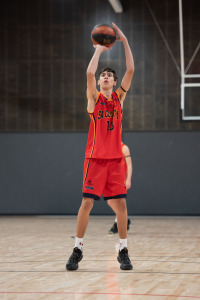 Congratulations to Charlie Wyatt on his selection to attend the Australian Development Camp (ADC) at the Basketball Australia Centre of Excellence September 30 to October 2.
Charlie will be attending his first ADC, and has been selected after a stunning performance at the recent Under 16 National Championships where he lead the nation in scoring (20.8ppg) and lead SA Country in Rebounds per game and 3PFG %. Charlie started in the SA Country U13 pathway and has represented SA Country twice at the Country Cup, once at the Southern Cross Challenge, and made his National Championship debut this year after being named a reserve in 2018, a fantastic example of what can be achieved in 12 months with hard work and fantastic attitude towards adversity. We wish Charlie all the best at the upcoming ADC.