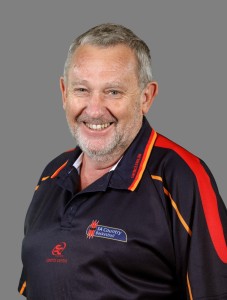 SA Country would like to congratulate Roger (aka Wombat) on becoming a finalist for the 2018 Sport SA Volunteer of the Year. It is a great achievement and recognises the hard work and dedication that Roger has given to basketball in SA Country over the past 25 years.

We believe that Roger is a worthy recipient of the Sport SA Volunteer Award and wish him all the best at the awards in November.

This is an outline of some of Roger's Achievements:

Roger performed these roles for 25 years and 30 National Championships, as he did this year, before retiring after a longevity in the sport that will unlikely be surpassed by any volunteer in the future.  Roger received no remuneration for his role often sacrificing personal expense and family time to fulfil his commitment to SA Country Basketball.  He witnessed many generations of players, coaches and officials progress through the program and established effective and personal relationships with these individuals and their parents over time.

He was affectionately known as ‘Wombat’ and was notable for ‘Words with Wombat’ prior to departure for development and national tournaments that outlined the value of wearing SA Country colours, the behaviour expected of all those involved in the program.  Roger ensured SA Country secured the most economical outcome without compromising quality and safety.  He maintained his integrity and composure enduring challenging times and was a credit to our organisation.