ROCKETS BOYS START THE SEASON WITH A SOLID WIN !! 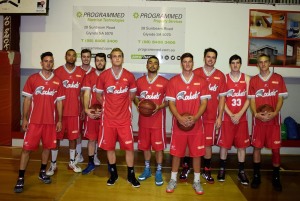 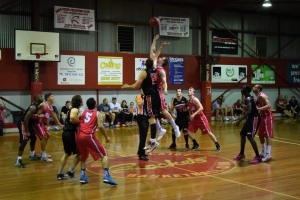 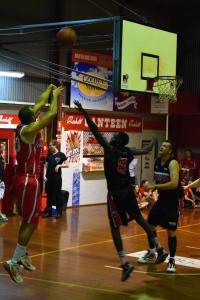 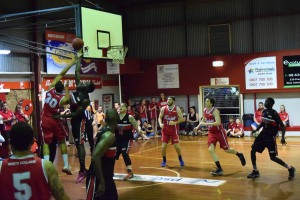 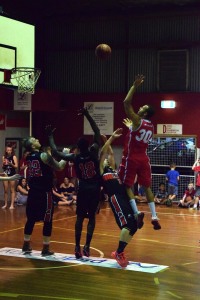 ROCKETS BOYS START THE SEASON WITH A SOLID WIN !!

The North Adelaide Rockets Men’s Premier League Team, despite a shaky start, managed a solid 11 point win over West Adelaide (81-70) at Hillcrest on Saturday, mainly off the back of a great game from Luke Mapunda, who finished with 24 points, 16 rebounds, 7 assists and 3 steals, ably supported by some excellent contributions off the bench, from Brad Jonnek, Brett Collins and Luke Pike.

Having spent some 3 months in “pre-season mode” the boys were looking forward to getting into the season proper and out on the court against genuine opposition teams in a real game. Despite having played several trials, they were still adjusting to several personnel changes, with Daniel Goodluck (playing in the WA league) and Aric Miller (back to the USA) not returning, the team had spent some time working on the chemistry required to continue with last year’s improvement, and in particular, adjusting to the playing styles of Steve Branson (ex North Junior who played the last couple of seasons at Noarlunga) and Cody Rhorer (North’s new import for 2016), both of whom will have major roles to play in 2016. Also, disappointingly big man John Wernham, was unable to get himself fit enough to play in this fixture.

In what can only be described as a nervous start, the North boys found themselves 11 down (3-14) within the first four minutes, with several turnovers and below average shot selection to blame. Coach Hawkes called a time out to reiterate the game plan, made some minor adjustments and it was only then that the Rockets settled and began to find their feet, clawing their way back to 13-16 on a couple of successful Luke Pike free throws.  At the first break, the margin was six (17-23) with Westies well served by Perkins and Braithwaite, whilst for North, Leroy, Cody and Pikey had all managed 4 points and Tom Rowe hit a big 3 to keep us in touch.

The 2nd quarter saw the boys hit their stride, restricting West to just 16 points, whilst scoring 26 themselves, to enjoy a 4 point half time lead. Everyone who logged time contributed to the lead, with only those that had yet to enter the game not having scored. Leroy continued his efforts, up to 11 points, 9 rebounds and 3 assists by half time, with excellent cameos by Brad Jonnek (6 points on 3 of 4 shooting), Pikey (9 points on 3 of 3 shooting), and Brett Collins who played some excellent defence and showed his experience all over the court.

The momentum stayed with the Rocket boys for the 3rd quarter. This time West was restricted to just 15 points, with North managing 22, for a three quarter time score of 65-54, and the opportunity to get the season off to a good start, providing the boys maintained focus. There were contributors all over the court from the 8 players who played to this point, with some well organised team defence, and some smooth running offence. As the confidence grew so did the margin, getting to 12 on a couple of occasions, which in hindsight, was too much for West to overcome.

The last quarter continued like the 3rd, with the Rocket Boys having the momentum for almost the entire 10 minutes. Coach Hawkes took the opportunity to introduce Josh Graetz and Ray Harding into the fray and give them a taste of Premier League Basketball. Ray deserves a special mention, given he is just 16 years old, and in fact plays in our Under 18 Boys team on Fridaynights. He is also a member of the SA Under 18 State team for the upcoming National Championships. He was given the opportunity to train with the team over pre-season and grabbed the chance with both hands. He shows poise beyond his years and big things are expected as he adjusts to the requirements of the game at this level. One to keep an eye on. Josh is also a North junior, (currently plays U23 Division1), who spent last year at the Melbourne Basketball Academy, and is grasping his opportunity to get some on court experience against bigger bodies. Both boys confirmed they are capable of playing at this level.

By the final siren the scoreboard read North 81, West 70. With the margin having been 19 at one stage, there was a little concern we perhaps did not finish the game off, but the opportunity was taken to ensure everyone got the chance to play, and Westies had nothing to lose by throwing up a few shots. All in all a fantastic effort by the boys and a great way to start the season. The final statistics showed Leroy led the way (24 points, 16 rebounds, 7 assists and 3 steals), ably supported by Brad Jonnek (12 points, 1 assist and 1 steal), Adam Schild who was the usual warrior on the boards (9 rebounds, 6 points, 2 assists), Luke Pike (11 points, 2 rebounds), Cody (9 points, 1 assist), Steve (8 points, 8 rebounds, 1 assist, 2 steals), Tom (5 points, 2 assists, and 1 steal), and Brett (4 points, 1 rebound, 3 assists and a steal).

We are not back at Hillcrest now until the 22nd April. Next week it is Woodville at St Clair, Fridaynight at 8:15pm, and we would love to see you there. The Boys really appreciate your support.