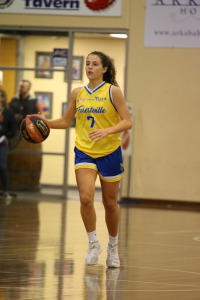 The second seeded Forestville Eagles look to seal their series 2-0 against the Rockets after overcoming them in Round 4 53-70. After the reigning champs had a number of changes heading into 2019, North have understandably struggled while the ready to win Eagles have flourished. In their last meeting, Tayla Corrigan lead the Rockets with a team high 11-points in a disappointing team outing while Amy Cotton lead the game with 20-points. As the season progressed and both teams have had their highs and lows, the dominating Forestville Eagles should not fall to the young Rockets. Heading into Sunday, Forestville’s wide range of offensive options will be too much for North Adelaide to contain.

The Eagles will take on the Rockets in what should be an entertaining game to round up Round 14. Mays, Teys and Deng were all standouts against the Mavericks over the weekend, and if players like Harris, Rios and De Wit can continue to support their team the way they have been, there is no reason Forestville can’t start to pull away at the top of the standings. The Rockets could have the layers to go up against the Eagles though, with pieces like Starling, McVeigh and Dowdell boasting a strong presence inside, which is where Forestville can be deadly. This inside presence was again on display against the Lions, with North Adelaide winning the rebound battle by 9 and scoring 52 points in the paint. Forestville will undoubtedly rely on their free-flowing team offence and sturdy defence to get the job done in this one, and with star players like Deng, Teys and Mays to put up against Dowdell, McVeigh and Starling, they should be able to grab another win at home in an entertaining game.