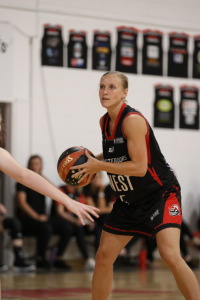 Coming off a short break, the Bearcats will suit up against Norwood for the second time this season. In their first outing, the Bearcats fell to Norwood on the road by a mere 3-points after a huge game by Tess Bruffey who dropped 26-points and pulled down 18-rebounds. The last time these two sides met, the Bearcats struggled from the field (29% FG) and by falling by a lone possession, the Bearcats will be looking to improve and take the W on their home floor and give themselves some breathing room on the standings.

After sitting out of Round 13, the Bearcats will take on Norwood on Sunday, who will be playing a back-to-back. West Adelaide have struggled for a fair chunk of the 2019 season, as they now find themselves 4-8 and sitting in 7th position. The side will need to give Jefferson, who had 40 points, 7 rebounds and 4 assists against the Pioneers, a bit more support if they want to beat arguably the best team in the league. The Flames contrastingly, boast one of the deepest rosters in the league. If versatile offensive players like Legan and Brine can bring a good offensive game and the team can play strong defensively, there is little room for the Bearcats to steal an upset. However, if Norwood have an off day and the Bearcats come together on offence and defence, there could be an upset. Although, it is hard to bet against Norwood’s depth and quality.