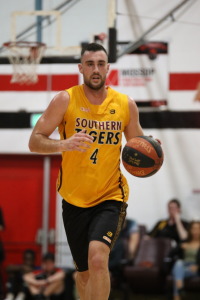 In what will be the second leg of a Premier League double header, the Sturt Sabres host the struggling Southern Tigers for the first time this season. Fatigue may play a factor on the end result of this one after both sides will be coming off action. Depending on the result of their outing against North Adelaide, the Sabres will look to extend their league lead and tighten their grip on first place as we head to the business end of the season. Despite any potential sloppy play from either side, the Sabres will keep the Tigers in their cage.

The Sabres will face a big test on Sunday when they take on a well-rested Southern Tigers team. Sturt haven’t had much to celebrate about so far this season and if they want to be celebrating an upset win in Round 14, they will need to perform a strong all-around game on both ends of the floor,especially from their starting 5. The side has also been susceptible to large amounts of turnovers this season and they will not be successful if they give turnover opportunities to the Tigers. The Tigers, on the other hand, have had a strong season and should also be relatively fresh after Saturday’s game due to their rest over Round 12. A player like Turnage with strong inside presence on both offence and defence should also spell trouble for the Sabres, as well as Southern’s ability to play well-rounded team basketball. If Sturt can play a strong and complete game, they might be able to cause an upset, but that has been a rarity this season.