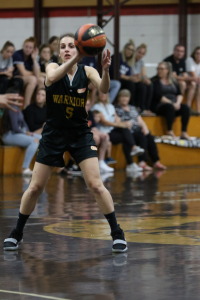 After receiving their 3rd loss for the season, Forestville will be out looking for redemption and to make a statement against the Warriors. The Eagles’ result after Round 12 had them slide to second behind the Sabres and another loss may make them drop even further depending on the Mavericks success. Last weekend, the Eagles shot 31 percent from the field against the Mavericks and in turn will be wanting to return to their better shooting form. A key to a potential Eagles victory would be to send the Warriors to the line. In their last 2 contests, Woodville have struggled from the line and lost against the struggling Rockets due to missed Free Throws. Woodville’s inability to consistently convert from the line will help the Eagles fly to another W.

The Warriors will come back from a couple weeks off this round to face a Forestville team that is looking dangerous after their big win over the Mavericks. While their defence was impressive, the offence the Eagles played looked almost impossible to stop. The team tallied 28 assists on only 11 turnovers and hit 39% from 3 and 62% from 2-point range. Most of the team’s players provided valuable minutes, but Deng and Teys were the standouts, with the two players combining for 59 points, 4 steals, 8 assists and 14 rebounds. Woodville will need to be at their best if they want to beat this team. We have seen them display some strong basketball on both ends this season, but they will need to produce an all-around performance similar to the one they produced when they beat Norwood this season if they want to win this one, which seems like it will be extremely hard against a team like Forestville.