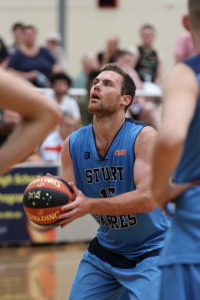 Saturday night sees North Adelaide and the Sabres clash in the first leg of a doubleheader weekend. Coming off demanding wins respectively, both sides look to continue their form especially the underwhelming Rockets. After their win against the Panthers, the Sabres pounced on their opportunity to lead the league after an Eagle fall. Kayla Matthews will also look to continue her strong gameplay after dropping a game high 33-points (11-16 FG) against South. Averaging just over 7-points per game, Matthews delivered against the Panthers and will look to do it again this weekend against North. Despite earning a win against the Lions and having four players in double figures, North Adelaide will need to continue to lift if they want to get one past the new leaders.

The Rockets will be hungry for another win after their impressive 112-91 victory over the Lions in Round 12. The side played strong team offence, sharing the rock for 23 assists and creating high-percentage looks from both outside and inside 3-point range as a result. Starling, Dowdell, McVeigh and Marshall were all on-song for North Adelaide, combining for 90 points, 38 rebounds and 10 assists. Sturt will also be raring to go in Round 13 after finally registering their first win of the season over the weekend, defeating the Panthers 74-83. The Sabres played strong defence, getting in the shooting space of their opponents and also forcing 14 turnovers. Rawson, Klaosen and Nash were also solid on the offensive end, hitting a good percentage of their shots and also producing for others. While Sturt were solid in their first winning performance this season, the Rockets’ offensive weapons should be too hard to contain in this one.