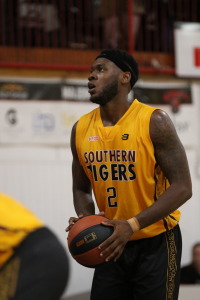 After a few weeks off, the Southern Tigers are right back into the fire when they line up against Norwood at home. After toppling the Pioneers in their last outing, the Tigers have had the time to mend any issues and knock off another top of the table side in Norwood. On the other hand, Norwood are another side that boast a few pieces of offensive weaponry after 4 of their starting 5 finished in double figures against Centrals last weekend. Defensively, the Tigers are going to have to apply supreme pressure because allowing the Flames open looks will be disastrous for the Morphett-Vale residents. If Norwood struggle Saturday evening, the Tigers may have a fighting chance although it is highly likely the 3rd place Flames will head back to the ARC with another W.

MEN by Daniel Renfrey
The Tigers will be hoping to put the unfortunate loss of Anthony Drmic behind them this week when they take on the Flames. A week off in Round 11 might just have been a good thing for Southern though, as they would have been able to come to terms with, and prepare for, life without Drmic. The side will be hoping to continue their intensity on the defensive end but may need to rely more on players like Turnage now that they’re without a star player. Norwood have shown vulnerabilities again though, losing 102-94 to the Lions in Round 11. Their defence was unable to thwart the long-range threat Central Districts posed, and they ultimately paid the price. Both Legan and Daniel Webber were strong for the Flames, recording a combined 43 points, 6 steals and 10 rebounds. Norwood will be motivated in this one, as they do not want to give up the top spot in the league. If they can play better defence and rotate and cover for each other they should be able to get up against a Tigers side without Drmic.