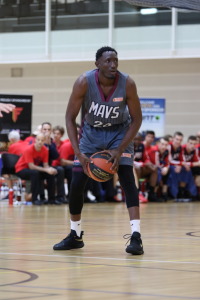 The Mavericks failure to convert from the limited Mount Gambier turnovers during Round 11 is definitely a contributing factor as to why they fell by only 6-points. By capitalising on these, the result could have been entirely different and given the side some good form heading into their clash with Forestville. Forestville will be looking to defend their leading position with a victory over the Mavericks but their are a few women who stand in their way. Carmen Tyson-Thomas is the Mavericks’ premier offensive threat and will want to put some more respect to the Mavericks name for 2019. Knocking off the Eagles will definitely elevate their form, respect as well as belief that they may be able to cut down the net come the postseason.

The Eagles dealt with a struggling Sturt side easily enough in Round 11, attacking the paint and getting to the free-throw line at an efficient and regular rate. Teys and Mays were very strong for a Forestville team that has many weapons, combining for 57 points, 8 assists and 17 rebounds. If the Eagles can continue their solid team basketball against the Mavericks, they will be able to apply real pressure to league-leaders Norwood. The Mavericks are no pushovers though, despite their big loss to the Pioneers. However, with Morris possibly out of the side for this matchup, it will be hard for them to use the inside presence they have been able to build their wins on against the Eagles. If, however, they are able to hustle on defence and play fluid offence they have shown they’re capable of playing, they may be able to grab an upset. This may be too hard to execute against the Eagles though, who seem very hard to beat at the moment.