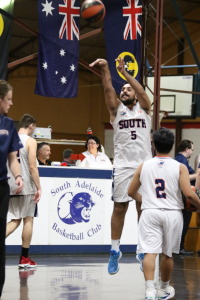 Heading into Round 12, both the Sabres and Panthers look to make their marks after falling to their opponents over 1 week ago. Sabres, falling to the league leading Eagles by a mere 4-points showed they are still a premier threat this season while the struggling Panthers will want to put the squeeze on their slightly superior North Adelaide. Nonetheless, in this top vs bottom clash, the Sabres will topple the hungry Panthers and continue to put the pressure on Forestville. With Kylee Smith currently averaging 22-PPG, the Panthers will lower tiered Panthers will struggle to contain her.

The Panthers were impressive in their 89-91 win over West Adelaide in Round 11. While they conceded a large amount of points in the paint, South Adelaide’s shooting, which included 10 3-pointers, 21-36 from inside the arc and 19-27 from the free-throw line, was enough to get them over the line. Allmon was huge for South Adelaide, scoring 30 points and grabbing 11 boards. He will undoubtedly be hoping to continue his form against a struggling Sabres side who went down to Forestville over the weekend 88-104. The Sturt offence did show some promise with 23 assists but they also turned the ball over 17 times, leading to an easy offence for the Eagles. The Panthers should be able to come out on top in this one unless the Sabres run their offence more efficiently and keep the ball secure, which seems unlikely.